Operation Varsity Blues and the Importance of Integrity 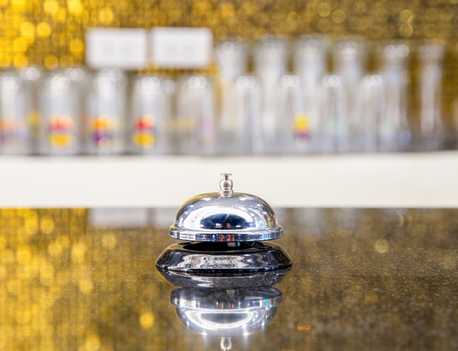 When Jennine Capó Crucet, author of the award-winning novels How to Leave Hialeah and Make Your Home Among Strangers, was admitted to Cornell University, she believed that hard work and academic excellence were the sole underpinnings of higher education. “I saw the admissions process as a kind of sorting procedure, one based solely on merit,” Crucet begins in her recent NY Times Opinion piece. But then she ran into a Cornell University peer who joked about having had mediocre grades in high school.

Crucet asked, “How did you get into college?”

It turns out that is a loaded question. And even more so now, with the recent “Operation Varsity Blues” college admissions scandal, in which wealthy parents paid up to $6.5 million dollars to bribe college coaches and alter SAT scores to guarantee their children’s acceptance to prestigious institutions.

Perhaps the answer to the question should be, “(Genuine) Hard work, (actual) good grades, (legitimate) participation in extracurricular activities, good scores on standardized tests (that you took yourself), and/or a (non-ghostwritten) college application essay?”

Privilege is something education is trying to dismantle--at least on paper. Ideally, education is an equalizing factor in a person’s life. On paper, education is a way to build a life that mitigates one’s own disadvantages, whether they are defined by economics, race, gender, or other factors outside of an individual’s control. Our own education, on paper, is something over which we have control, and in which an individual can excel with hard work. Right?

At least on paper.

Just as Crucet realized the inequalities of education in her first week at Cornell--the crumbling of the myth of education as an equalizing force is knocking on our door. We all recognize that the playing field isn’t all that equal to begin with. But it’s a rude awakening when we are shown that the integrity of education and its equalizing factors, via the short-cuts of privilege, can be shaken to its core.

The admissions scandals aren’t a surprise to some. Tyrone Beason recently wrote an opinion piece in the Seattle Times entitled “College Admissions Scandal is Small Part of an Old Problem When it Comes to Privilege” and says:

“Just as the feds have uncovered the largest college-admissions cheating operation ever — a combination of fraudulent donations, bribery, test cheating and phony student profiles all aimed at giving rich students a leg up — affirmative-action programs aimed at expanding opportunity for historically excluded minority students are once again up for debate,” and continues, “Institutions of higher learning have a lot more work to do to make their admissions processes fairer — but also inclusive.”

But what if inequity in the admissions process is only the tip of the iceberg when it comes to forces threatening an institution’s culture of integrity?

If you got into college by paying to play, by bribery, by having someone else write your application essay, by lying about your athletic prowess, or by hiring other people to take your SATs--the stage is set with entitlement and privilege--for which you were rewarded. Why not, once enrolled, pay an essay mill writer to write your papers?

Wealthy people are buying their children spots at elite institutions. But once their children are there, the dishonesty won’t end, because dishonesty is contagious and plagiarism, learned. And that’s a trend we’re already seeing.

Contract cheating, the practice of engaging third parties to complete assignments, fits into the scope of “paying to play” when it comes to education. It’s a behavior that’s becoming increasingly prevalent at higher education institutions, with some researchers estimating that 16% of students are outsourcing their assignments. Turnitin is trying to do its part to curb this behavior with products like Authorship Investigate and iThenticate for Admissions. But we’re the first to admit that creating lasting cultures of integrity requires a multipronged approach that includes policies, professional development, and pedagogical practices in addition to technology tools.

Because guess who’s hurt by this behavior and the related scandals? The graduates of your institution that put in the work. Your institution’s academic reputation. And ultimately society, because the academic integrity lessons (not) being taught at your institution produces citizens who propagate a culture of dishonesty and short-cuts.

So much of these practices of favoritism and pay-to-play are deeply embedded in documented, established, legacy systems. And they need to be reevaluated. We can’t be helpless in the face of a systemic threat to academic integrity. And we’re holding the line at Turnitin.

Posted on the Turnitin Blog on 20 March. To read more great stories visit our blog.